Now Trending:
Home
igaming news
Is the betting market prepared for the rise of The Sun? 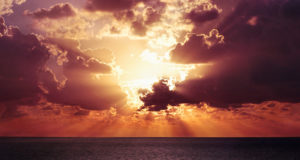 This summer’s Euro 2016 Championships has seen a glut of new sportsbook announcements, but few are as intriguing as the plans between The Sun newspaper and Australian operator Tabcorp to launch Sun Bets.

The UK market is no stranger to attempts by octogenarian media mogul Rupert Murdoch to leverage the pre-eminent position of his business interests in the UK media scene to lend brand weight to gambling-related propositions.

Sky Bet has proved to be hugely successful, notably powering ahead after its parent organisation lost its inhibitions about mixing the broadcasting and gambling brands. Sky itself may now only be a minority shareholder in Sky Bet having sold 80% of the business to CVC for £600m in March last year, but that doesn’t mean the empire has lost interest in betting and gaming.

Indeed, Sky Bet wasn’t Murdoch’s first venture into the world of betting and gaming. Back in the early eighties The Sun launched bingo as a promotional tool to try and beat off the threat from the newly-launched rival the Daily Star. A red-top bingo war ensued.

The continued success of Sun Bingo – the operation thrives now online – proves the value of the newspaper’s brand in separate verticals and now the company has the UK’s online betting market in its sights. Teaming up with Australia’s Tabcorp, Sun Bets will be launched in time for the start of the new football season in August and will signal a further escalation of the marketing battle currently underway in the UK.

Following the introduction of the Point of Consumption (PoC) licensing regime the UK online gambling market has likely never witnessed so much activity designed to either establish, strengthen or shore up positions in the online gambling pecking order, whether it is new entrants, re-launches or merger and acquisition activity.

Of the eye-catchers, there have been successes and – to date at least – some notable failures. Among the latter is BetStars, Amaya/PokerStars’ sports-betting offering which is currently the subject of a £10m-plus marketing campaign. It may be too soon to pass judgement, but the results from the first six months or more of operation appear somewhat underwhelming. In the fourth quarter Amaya said BetStars actives had hit 131,000 with revenues of “just a few million dollars”, according to then chief executive David Baazov.

Baazov (who has since stepped down while he fights insider trading charges) gave a likely unintended insight into how Amaya views the UK sports-betting market when he said in reply to a question about potentially taking on a Premier League shirt sponsorship that it would be “rather expensive”. From that comment it is fair to assume BetStars might not be quite the competitive threat that some predicted, at least not in the UK.

Further, recent talk from NYX chief executive Matt Davey saying he is hopeful Amaya will switch backend suppliers from a mixture of in-house development and Amelco to NYX’s newly-acquired Openbet do nothing to dispel the notion of a launch which has not gone to plan.

Likely causing the market leaders to take more notice are Betway and BetBright. The first – Microgaming-backed and certainly not shy of throwing its marketing weight around – has definitely had an impact. William Hill said in its results statement for the first half of 2015 that a share-of-voice survey undertaken by market research firm AdDynamics found that during the 2014-15 football season, Betway ranked sixth in the survey with an 8% tally compared to 9% for Ladbrokes, 11% and 12% respectively for the then un-merged Betfair and Paddy Power, 22% for William Hill itself and 25% for Bet365. The Ireland-based BetBright, meanwhile, has Rich Ricci, erstwhile Barclays banker turned National Hunt horseflesh collector, as chairman and was reported recently to have doubled the number of staff employed at its Dublin offices.

And then there is Sun Bets. Having been given fair warning – the announcement that a launch was being planned came in December last year – the market has watched as the business has gone about building a team and preparing the ground.

The case as put by News UK and Tabcorp is compelling on paper (no pun intended). The Sun claims that 55% of its readership of 10 million a week are already sports-bettors, and with 1 million people actively playing the paper’s Dream Team fantasy football competition, the joint-venture partners are clearly confident they can tap into that well-spring of potential betting interest.

But a counter-argument is just as easy to construct. As Simon French, leisure analyst at Cenkos, puts it, the brand can “only have a halo effect”. “You can’t be a successful online betting company just because you have The Sun name attached,” he adds. “You have to excel at all the other things that a successful online gambling company does to grab a share of wallet.”

This is open to question, particularly given that Tabcorp’s ability as an online operator outside of its home market is unproven. (The same might be said about its performance within its home market, but that’s a question for another day).

Though the Sun Bets launch is timed for the start of the football season, to truly benefit from that sports-betting readership Sun Bets will need to grab a share of horseracing betting. That will be an expensive business (partly depending, of course, on whether Tabcorp joins the BHA’s ABP scheme), but as others have found before, the oft-overlooked key to gaining a foothold in the UK remains getting it right on the nags.

Sky Bet is the proof of this. Though in recent years it was allowed to leverage its brand name, particularly via the popular Super6 line-up with the popular Soccer Saturday programme, the company had to work hard for years at getting the basics right without any overt help from the parent. Indeed, it is a moot point the degree to which Sky truly had a hand in Sky Bet’s success.

Still, News UK is undoubtedly fully behind the Sun Bets project. A recent story in a marketing trade publication featured comments from chief commercial director Dominic Carter who said News UK sees its future in being able to monetise its audience for itself as much as for the benefit of the advertisers. The move to tear down The Sun’s paywall will help with promotion – and indeed, the imminent launch of Sun Bets might be one of the reasons that decision was taken in the first place.

There are even rumours that The Sun’s sister paper The Times’ newfound dislike of gaming machines in betting shops might even be merely an excuse to soften up what News UK sees as the main opposition ahead of the Sun Bets marketing onslaught. It might be a low blow, but as many a victim of a tabloid sting will attest, News UK has previous.