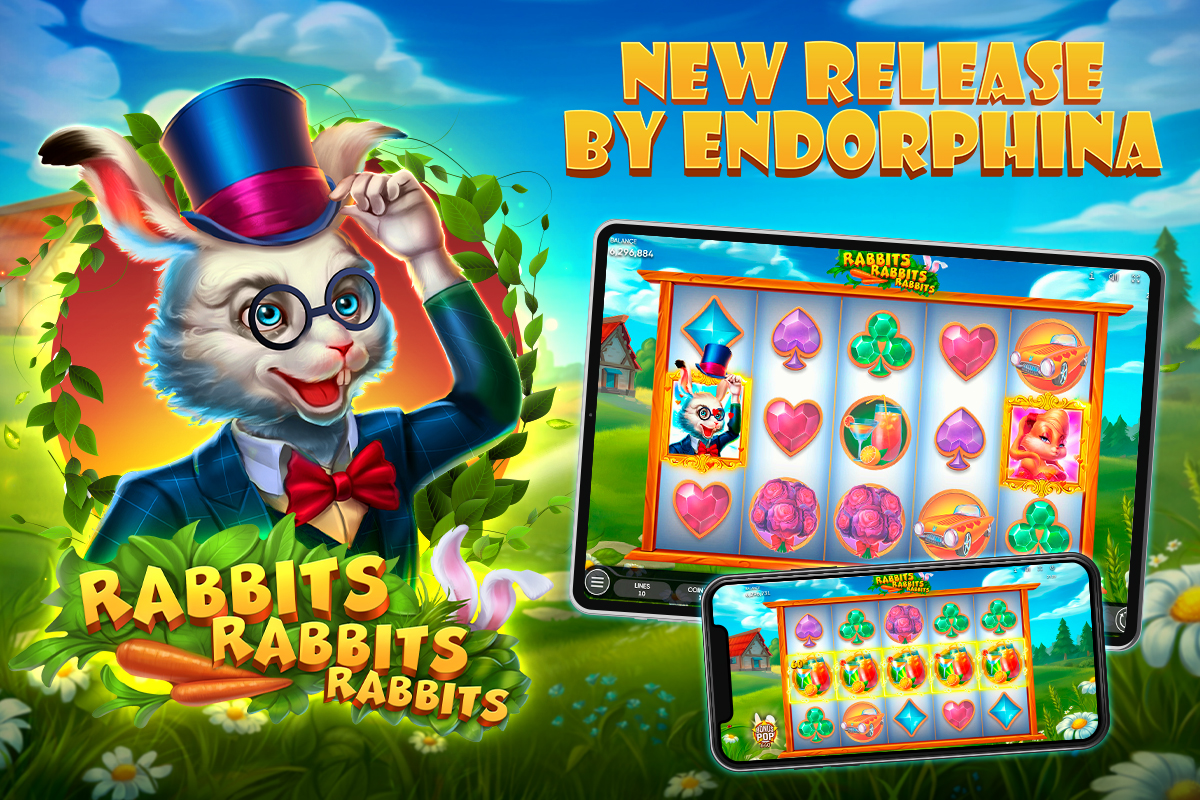 Endorphina’s adorable new 5-reel, 3-row slot game comes with 10 paylines. Among the symbols on the reels, you’ll find rabbits, gemstones, classy cocktails, an old car, and a bouquet of roses. The Wild acts as a dollar sign with bunny ears!

This cute rabbit-themed slot comes with an epic Bonus Game. When Mr. Rabbit gets engaged, his gorgeous rabbit fiance will appear on reels 1 and 5 and the Rabbit’s Wedding Bonus Game is triggered! And when we say wedding, we mean TONS of baby rabbits! During the Bonus game, the main game reels will turn into a grid of 5×3 positions with a reel containing Baby Beds with one or multiple baby rabbits, magician hats, or hearts within them on each position. Heart symbols keep the reels spinning, and the Bed and Hat symbols landing on the reels remain in place. Also, the Hat symbol landing on the reels will guarantee an additional special prize for players! Each Hat hides a baby rabbit that will give you an award – up to 100x total bets!

When you see baby rabbits, even ones hidden in the hat, you’ll be greatly rewarded. The more baby rabbits on the reels, the greater your wins! The reward for baby rabbits depends directly on the numbers and the total bet: from 2x to 4000x total bets!

Players can double their winnings up to 10 times during the Classic Risk Game. A Bonus Pop is also available in this game.